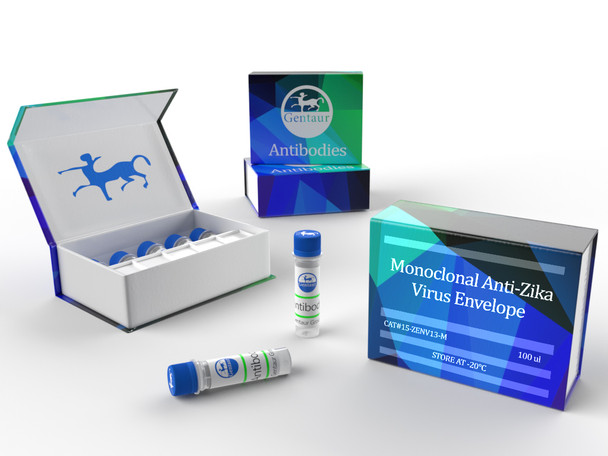 As a member of the Flaviviridae family, ZIKV has a single positive sense RNA genome, which is initially translated as a single polyprotein which is then cleaved post-transitionally into three structural proteins (C, PrM or M, and E) and seven nonstructural (NS) proteins (NS1, NS2A, NS2B, NS3, NS4A, NS4B and NS5)(1). The glycosated NS1 forms a homodimer inside the cells and is necessary for viral replication and late in infection (2).

NS1 is also secreted into the extracellular space as a hexameric lipoprotein particle, which assists the virus in immune evasion and pathogenesis by interacting with components from both innate and adaptive immune systems as well as other host factors (1). Reference 1) Song, H.; Qi, J.; Haywood, J.; Shi, Y.; Gao, G.F. (2016).

MSRP:
Now: €340.00
Was:
Anti-Monkey IgA | 15-70043 Mouse anti Monkey IgA antibody, clone IgA5-3B recognizes monkey IgA and does not cross-react with IgG or IgM. Specificity: This product was prepared from monospecific...