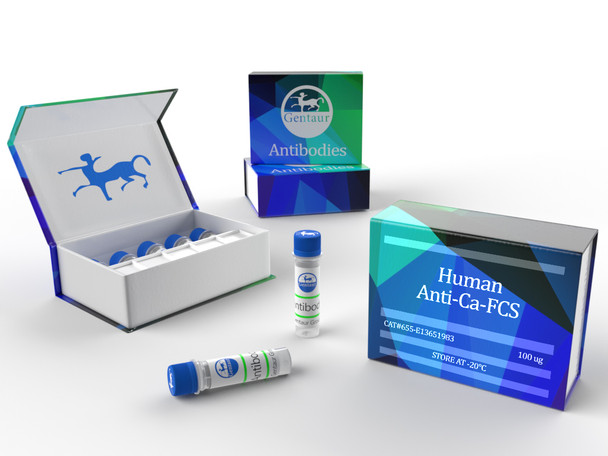 The assay sample and buffer are incubated together with cFCS-Ab-HRP conjugate in pre-coated plate for one hour. After the incubation period, the wells are decanted and washed five times. The wells are then incubated with a substrate for HRP enzyme.

The product of the enzyme-substrate reaction forms a blue colored complex. Finally, a stop solution is added to stop the reaction, which will then turn the solution yellow. The intensity of color is measured spectrophotometrically at 450nm in a microplate reader.

The intensity of the color is inversely proportional to the cFCS-Ab concentration since cFCS-Ab from samples and cFCS-Ab-HRP conjugate compete for the anti-cFCS-Ab antibody binding site.

Since the number of sites is limited, as more sites are occupied by cFCS-Ab from the sample, fewer sites are left to bind cFCS-Ab-HRP conjugate. A standard curve is plotted relating the intensity of the color (O.D.) to the concentration of standards. The cFCS-Ab concentration in each sample is interpolated from this standard curve.