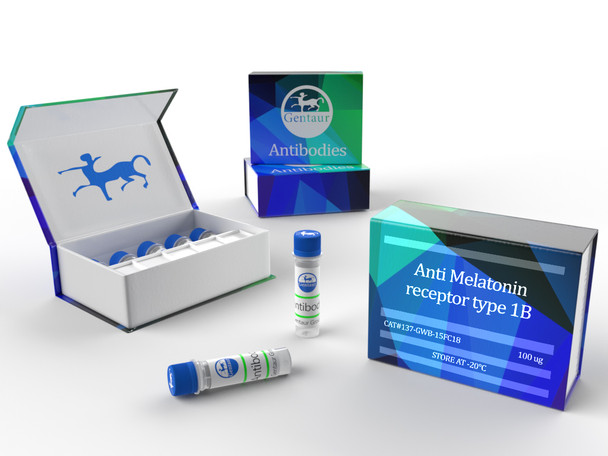 Anti-Melatonin receptor 1B antibodies are available from several suppliers. In humans, this protein is encoded by the gene MTNR1B. The protein may also be known as MEL-1B-R, MT2, FGQTL2, MEL-1B-R, melatonin receptor type 1B, and mel1b receptor. The reported amino acid length is 362 and the expected mass is 40.2 kDa.

Variants of this antigen may also be found in other species, including canine, porcine, monkey, mouse and rat. Visit the supplier page for more detailed antibody product information, such as specificity and validated applications.